Boys (Jonas) is a puzzle told in 2 separate timelines. It’s 1997 and Jonas is currently entering 9th grade. A new boy at college immediately catches his attention. Perhaps it is the bad-boy scar on his cheek or his devil-may-care attitude, but Jonas is smitten. Both boys get friends and long are skipping class to kiss at an empty gymnasium. From the other deadline of the film, it is 2015 and the delight of a teenager in love has been replaced with all the regret of a man who can’t escape the past. The adult version of Jonas (Félix Maritaud, outstanding within this year’s sexually graphic Sauvage and last year’s ImageOut favorite BPM) is a broken man. His boyfriend has thrown him out for cheating him on a few too many days, and he has been arrested for getting into a fight at Boys, a local gay bar. There is something about the bar that appears to put off him. He meanders through life carrying that same old Game Boy, attempting to fill a hole that can’t be stuffed. So what happened to flip this teenager into the sad, angry man that we see? Boys (Jonas) is an engrossing puzzle that will keep you guessing in the very first second to the last. As it goes back and forth between both timelines, the movie succeeds as a candy coming-of-age love story and a dark suspense thriller. As these two stories intertwine, it makes for a totally unique and truly special cinematic experience. — Stephen K. Weisenreder 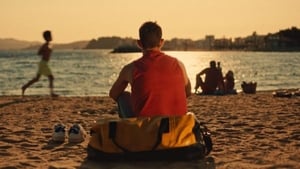