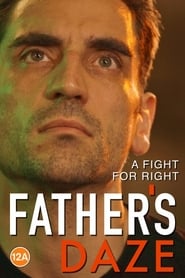 Watch Father’sDaze on Solarmovie sc:
Inspired by true events in 1994, Father’sDaze exposes the additional pressures exerted by the Child Support Agency on one family dealing with the consequences of marital breakdown. Ben, a freelance wedding photographer, suddenly finds himself a single parent of three young boys. After adapting to his new situation, Ben finds himself an innocent victim of the system and struggles through a roller coaster of emotions as he fights for his rights against an irrational, faceless organization, desperately trying to provide a home for his children against all the odds. Following enormous public protests, the Child Support Agency was axed in 1996 and replaced with a revised system, which is still controversial today.